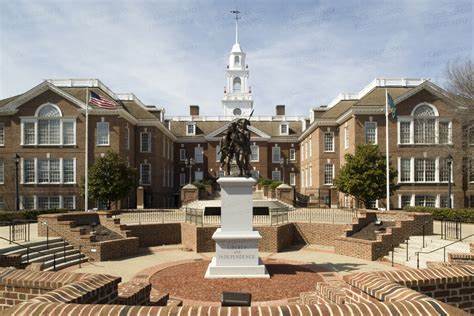 Do stockholders as a group lose something when the appraisal remedy is weakened, perhaps overly so?  And should something be done about it?  Is there social utility in appraisal arbitrageurs testing merger prices, such as by keeping buyers and sellers honest in what may otherwise be a rather unfair market?

These questions are addressed, along with a policy (legislative) prescription in the 2020 article: Protecting the Social Utility of Appraisal Arbitrage: A Case for Amending Delaware Law to Strengthen the Appraisal Remedy after Dell by Thomas Meriam.*

Starting from the no-doubt accurate premise that “the appraisal remedy [has perhaps become] the most divisive and contentiously debated issue in Delaware corporate law” – the article first sets out to describe the Dell case (which we have written about extensively) and the fallout that has resulted since.

The empirics are straightforward: appraisal activity, at least public appraisal activity involving public companies in Delaware, has fallen since a surge in the mid-2010s.  And tracing that back to Dell and progeny is a fair move.

The article criticizes Dell, and more concretely, courts who have considered Dell in inconsistent manners or looked at Dell as an overly simplistic rubric – creating what the article describes as a “merger price deference rule” contrary to the statute and statutory intent.  And another critique follows as well – if the legislature intended appraisal to simply revert to merger price, why have appraisal?

The Article goes on to set out its most fundamental premise: appraisal arbitrage may be “the last line of defense for stockholders.”  Setting out its premises, the article argues: First: fiduciary litigation has been weakened as a result of the rejection (in certain courts) of ‘disclosure-only’ settlements, and – critically – the connected issue that fiduciary duty litigation now generally does not involve discovery, and thus has little chance of finding corporate wrongdoing.  Second: appraisal arbitrage offers a way to police corporate malfeasance.  The article argues that the threat of viable appraisal arbitrage sets a “reservation price” for the firm.  Citing Korsmo and Myers, the article notes that appraisal arbitrage cases generally targeted mergers with “highly negative residual premiums” – put another way: meritorious cases where the selling stockholders were getting ripped off.

With fiduciary litigation less able to ferret out malfeasance, the fall of appraisal arbitrage (per the article), leaves shareholders vulnerable.  The article traces the fall to Dell and DFC Global, but then focuses on the post-Dell cases, applying Dell, such as Aruba Networks, and notes that the short attention the Delaware Supreme Court has given to the reasoning in certain chancery court decisions has left the appraisal arbitrage area with poor precedent – less predictable, and where predictable, predictable only in deference to merger price.

What to do?  If appraisal arbitrage is beneficial to shareholders (and there is certainly evidence appraisal itself is beneficial to shareholders, though that evidence is contested) the article proposed legislative solutions.  In particular, the article suggests adding language to DGCL 262(h) restricting how a court can rely on deal process and deal price, or adding an equitable consideration component.

The article makes an interesting case for legislative changes to strengthen the appraisal remedy.   We would add one further: appraisal started as a compromise, and another compromise seems warranted again now. Stockholders, in exchange for the loss of the unanimity requirement in approving M&A transactions – something surely impossible given the size and complexity of today’s corporations, were given appraisal as a remedy for their lost hold-up power; they would now (re)gain a right that afforded minority shareholders fundamental protections against oppression by the majority (and management).  Appraisal started as a check on the abuses of management and the majority, and, in part, on the idea of resistance to short-termism – and can return to this valuable check in the future.

Weakening appraisal weakens minority shareholder rights because it weakens the threat of appraisal as well.  It weakens the need to consider appraisal in M&A deals, and weakens the disclosure regime that upholds a significant portion of Delaware corporate law and the US securities laws.  Strengthening appraisal may very well, paradoxically, result in fewer successful appraisal claims, as better deals mean better value for shareholders.